Just as it happened and continues to happen in a large part of the planet, in Argentina, since March 20, space has been confined and we are immersed in a continuous time, as a time detained in time. The parameters of reality changed. Reality appears cut out through infinity of fragments that arrive by multiplicity of different means. What is actually perceived?

We live immersed in a feeling of uncertainty. For us, in Argentina, who have lived for years in permanent inflation (last year it reached 50%) and in an institutional pendulum, uncertainty is already a state. Nothing remains in time, everything invariably changes. In that uncertainty that haunts us, we have developed a great capacity for adaptation and creativity, always on the move, looking for ways that in the same future can already change.

What is permanent in our culture is a social life from which we feed back in spontaneous meetings and encounters with friends, long conversations and social outings.

It is a current typical of this Latin American region "the union in diversity", in the 5th century BC, there was already, around the Andean cord, a great variety of different communities with their particular culture, but with a spiritual current that united them. This culture used all its creativity and ingenuity -not in building a large vertical temple-, but in creating a sophisticated irrigation system for the crops that fed the community, of a horizontal type. As were also the horizontal meetings to debate and reach consensus, which continue to survive even today with fraternal social forms, beyond the prevailing theories at each historical stage.

This social gesture appears in the network of Waldorf schools in our country, in meetings and exchange meetings (in Argentina there are currently more than 70 initiatives with guidance and Waldorf schools, many of them emerged in recent years).

Also in schools there is intense community work. The vast majority aspire to find ways for a fraternal economy to begin to live in them, allowing a great diversity of contributions to broaden the social fringe. Projects are generated, such as the sale of food and products that socialize the marketing circuits.

A few years ago, meetings between parents and teachers from neighboring schools arose to exchange experiences on this path, and today there is already a group of "Fraternal Economy" that includes a large number of schools in the country. There is great concern that these social forces live in school organizations.

People with social sensitivity can only get out of a type of education directed and administered by people with social sensitivity. The social question can never be addressed if the educational and spiritual question is not treated as one of its fundamental parts. Antisocial is created not only with economic systems, but also with the antisocial behavior of people in these systems. And it is antisocial to let youth be educated and instructed by people who make them unrealistic by dictating to them from the outside the orientation and content of their activities. (1)

The human aspect, the warmth of humanity, started to generate trust between the schools and a common feeling emerged of being part of a great organism, searching for common ideals and forms.

However, it is still a debt not being able to welcome children from the most vulnerable social strata in our schools, although there are already some initiatives that try to open these paths.

Currently, having spent more than two months in confinement, two faces were shown showing different aspects of the situation.

On the one hand, the concrete economic-social situation, as time passes, becomes increasingly complex and critical, beyond the efforts and goodwill of the communities of each school. A large part of families have difficulties in making contributions and enormous uncertainty about the future.

But the other side shows how strength and creativity have emerged in school communities to deal with this situation, the answers are usually "it is not a crisis, it is a challenge", "meaningful work revitalizes". As a gesture in all of them, we worked with the families so that none of them stopped being part of the community. There was an immediate response to all great efforts to sustain the school, "generate warmth of heart against the cold of the virtual in everything you can." Some teachers decided to lower their salaries or, in some cases, directly not collect them, to collaborate with families who are not having an income. In some schools they cook or collect food and students and alumni collaborate in the dining rooms. There are groups of parents who decided to study the use of conscious money and there were many virtual Money and Consciousness workshops throughout Latin America.

Given the seriousness of the times,

Courage for action is born.

what the spirit gives you,

and you will have liberated humanity

that weighs on her

The true experience has always been non-transferable for the human being, there are traces of that uncertain search in artists and poets. For pedagogues, who are aware that "the human being has its effect on the world not only with what he does, but above all with what he is" (2), these circumstances take that concern to the extreme. How to sustain and continue generating that link between being and being in the pedagogical task? How to supply the presence that radiates and transmits by itself the self? How to get through the available means writing, voice, image, some event, the pedagogical experience?

Teachers are left empty, without a classroom, they lose contact with children. How is the child's development in the first seven years educated or promoted through imitation without being present? How to ensure that this cyclical rhythm occurs in the houses, almost without time, generated with care and awareness for children? "How to transmit what happens when a child paints with watercolors or how to count the unity and flow that is achieved in the morning circle."

From the beginning, the priority was how to maintain bonds with children and with families. Since everything is experience in the kindergarten, it was necessary to generate close communication with the parents so that creativity is awakened, homely moments are experienced, incorporating rhythms, activities of the time of year, songs.

Thus, a new gesture appeared, in which parents became protagonists of healthy development for their children.

From the kindergarten they proposed seasonal activities, games and foundations for each of the proposals, delivery of materials, sheets for drawing and painting, wool, felt looms, seeds and cereal recipes for each day.

Parents received reading material and study groups were set up to understand the substance of the stories. Now "the classrooms" were in the houses and the parents were the intermediaries and transmitters of the pedagogical act.

Letter from parents (should we clarify it?) “Valuing and accepting this opportunity that we have to share family moments, enjoying and thanking all those encounters gives us the strength to face this together. We have the possibility to be part of the learning of our children, transmitting the task that with so much love and dedication was created by the teachers and really being able to see "how" my children learn is a gift for me, thank you! ”

In the primary schools, new rhythms were sought, so that the children could collaborate with the household chores, dirtying and leaving everything clean again. Imagination was unfolded and the ability to create with what is at home was valued and encouraged. They made their own charcoals or paintings with different techniques. They sewed sheets to make their notebooks with many times reused sheets, they sewed them with wool, with tweety, with whatever there was. If they did not have watercolors, there were colorful drawings with autumn leaves and natural materials. They designed different shapes with bread dough, with threads or ropes on the floors, with wool or on the ground. They created scripts and created radio programs. They knitted with what they found, sometimes unweaving some garment first. They built with mud, sticks, wood from the fruit box. Suddenly something new appeared where before there was nothing.

Letter from parents (do I need to clarify it?) “To the teachers, I am eternally grateful for the love and dedication that they give in each proposal, each story, each activity. I think you are facing a greater challenge than ours, which is to reinvent yourselves as educators in this strange time. ”

In secondary schools, teachers are in constant contact with young people and families, detecting needs, difficulties in doing their homework and their general mood.

The time is accompanied by different rhythms, although the connection times were shortened, the sensation is that of an extended time, without clear beginnings or ends, a constant passing. Young people express difficulties in finding a rhythm in this continuum. In this context, it is essential to look for new and creative forms that appeal to set one's forces in motion.

On the other hand, in some schools, teachers organized into groups to deepen the Study of the human being, with the question of what this material contributes to this situation of isolation from the pedagogical point of view and from the path of self-development.

With these big questions and immersed in uncertainty, we appeal to our most intimate forces to give renewed answers to the needs of children and young people in this uncertain time.

I direct my thoughts to school,

there my body is shaped

for the correct activity,

there my soul is educated

towards the correct life forces,

there my spirit is awakened

towards the true being of man.

Tamara Henke was born in Buenos Aires (Argentina), where she also grew up. She is one of the founders of the Clara de Asís Waldorf School, which is situated in a suburb of Buenos Aires, and where she still works as a teacher of literature. Tamara Henke took part from the very beginning in the Latin American Seminar of Waldorf Schools in Buenos Aires. In 2012 she and a group of colleagues started the Redes (Networks) movement, which brings together the Argentinean Waldorf Schools. She is a member of the International Forum for Steiner Waldorf Education. 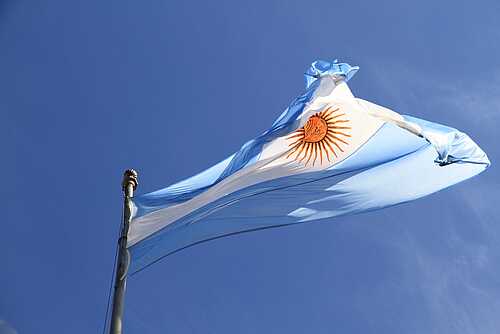